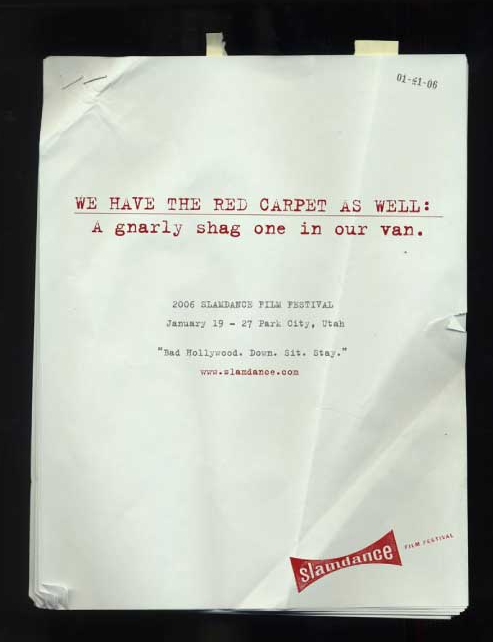 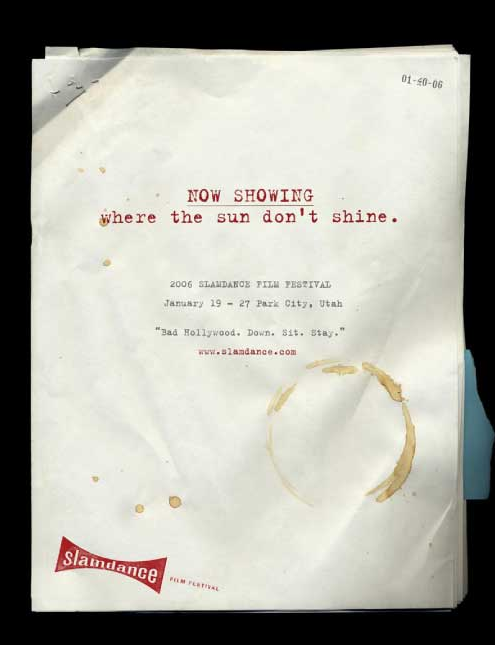 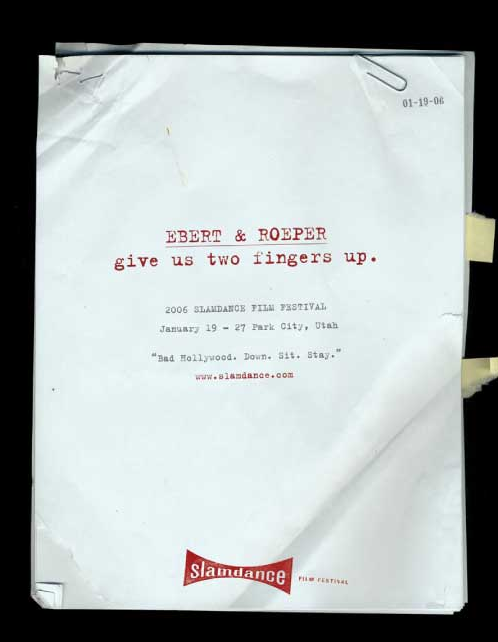 The Sundance Film Festival is the most exclusive film festival in the world. It was begun by Robert Redford and it occurs each year in January in the phenomenal ski town of Park City, UT.

All the hottest directors and many A-list celebrities attend each year and enjoy the films and the beautiful mountain scenery and sports.

Many aspiring filmmakers also attend in hopes of getting the attention of those who have had great success in the film world. They often leave their screenplays sitting in coffee shops and hotel lobbies – hoping that Soderbergh or Spielberg will stumble upon them, whereas quite the opposite is true.

Everyone picks these dreamer’s work up, yet only to briefly make fun of it, and then toss them in the bin.

Van Zandt’s elite guerilla marketing team ever so slyly placed what appeared to be screenplays all around town to garner attention.

Lo and behold, these were in all actuality Slamdance Film Festival schedules.

Slamdance had a drastic upswing in attendance that year and many people cited this guerilla marketing as the reason they attended.

Van Zandt used to make fun of the people trying to get their Screenplays read. Now he’s one of ‘em.